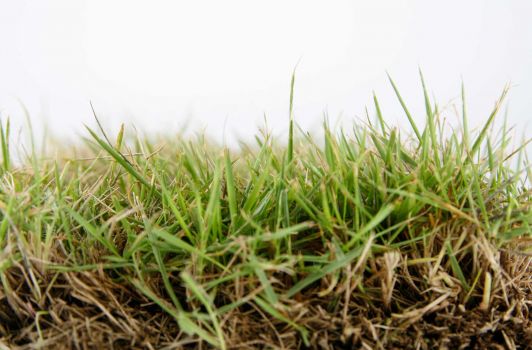 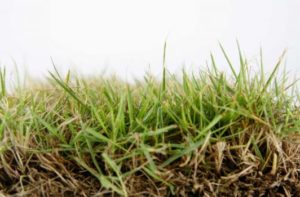 Zoysia is a dense turf grass prized for its ability to handle heavy foot traffic, a variety of sun and shade, poor soil, and drought. It’s soft, green, and makes for an attractive lawn for planting zones 5 all the way to 11. All that aside, its best feature is its drought tolerance. Among all of the zoysias, El Toro Zoysia sod is among the best.

One unique feature of zoysia is that its leaf blades very readily roll up under drought conditions. While other grasses do this, El Toro Zoysia does it earlier. This means that it starts conserving moisture while other grasses are still losing it to their environment.

Another characteristic that helps zoysia thrive through dry conditions is its root system. Many varieties of grass have a relatively shallow root system, which limits them to extracting water from the topmost layers of soil. Unfortunately, these layers are also the first to lose water to gravity and evaporation. El Toro Zoysia sets deeper roots, so it can keep drawing water from the soil while other grasses have long since gone dry.

Though it isn’t often taken into consideration when it comes to determining how drought tolerant a plant is, zoysia is also helpful when it comes to reducing erosion. This is for a number of reasons:

El Toro Zoysia sod is especially helpful when it comes to topsoil erosion. Soil loss can still occur while seeds are beginning to sprout and take root. Sod covers topsoil threatened by erosion right away.

Weeds aren’t just unsightly, they steal space, nutrients, and water from the plants that are actually wanted. Zoysia’s density and tenacity tend to crowd weeds out, keeping them from establishing a foothold in a lawn. This won’t just give you a better-looking lawn with less effort, it’ll protect your soil quality by reducing the amount of herbicide you need to keep it looking good.

El Toro Zoysia gives homeowners everything they want in a lawn– it’s soft, dense, attractively green, and bounces back quickly in Spring. It’s also an environmentally friendly choice. Not only does it tolerate a wide range of adverse conditions, including drought, it can actually help improve soil and maintain soil moisture by fighting erosion and keeping weeds away. If you have a lawn that’s fighting a losing battle against dry weather, or a yard with difficult-to-seed, erosion-prone areas, El Toro Zoysia sod can breathe new life into your yard.